Duke Jupiter's 4th album (1981) ushered in a new era with a new deal on CBS Records' affiliate Coast to Coast Records. Marshall, Greg, and George trimmed the group back to a quartet featuring Dave Corcoran on drums.

George Barajas had become terminally ill with a brain tumor and was only able to play bass on some of the tracks. Rickey Ellis was brought on board to take George's place as bassist. Their new sound had developed into a straight ahead Rock/R&B format. This was their most successful album to date. 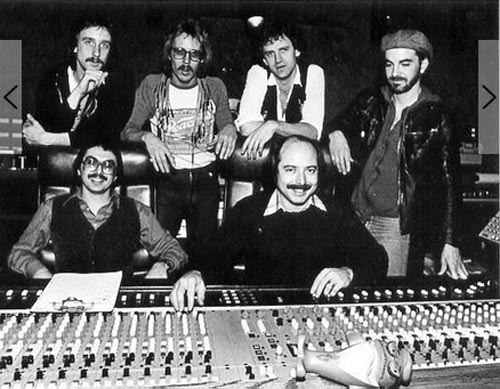 We have this album available as a download, only

When checking-out (at PayPal), you can use your Paypal account--OR--simply enter your credit card info after clicking "Check Out" (circled below for demo purposes).

IMPORTANT: After you enter your credit card info you will be taken to a PayPay success page where you need to click the "Return to Merchant" button (as shown below) to go to the download page.